The war on drugs is a war on people

Michael K. Williams is an actor, dancer and the American Civil Liberties Union’s ambassador for ending mass incarceration. He is best known for his roles in the “The Wire,” “Boardwalk Empire” and “The Night Of.” The opinions expressed in this commentary are his.

(CNN)The war on drugs is arguably one of the most expensive and longest-running policy initiatives ever pursued by the American government. And this year, as it marks its 45th anniversary, it’s clear it’s also one of the most successful. 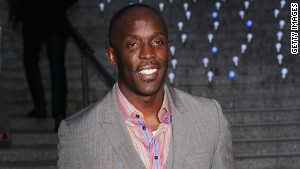 And we must demand that presidential candidates make a pledge to voters that in exchange for our votes they will begin undoing the injustices that have left too many behind and blown over, and finally create a level playing field for all Americans — especially Americans of color.
There is no “cure-all” for what has become of our so-called justice system. But pursuing legislative reforms and calling for a new era in American justice on the campaign trail is a strong first step in empowering and teaching the next generation of young black Americans that incarceration isn’t inevitable.